Join scholars, archivists, and curators as they revisit the story of Sojourner Truth’s inspiring life, tell the exciting story of how the long-lost court records from her fight to liberate her son from slavery were recovered in 2022, and discuss the important role of archives in the preservation of documents and the teaching of history to future generations.

Sojourner Truth was an iconic activist who was born into slavery but courageously opted to self-liberate. Shortly after she freed herself, she began the process of restoring her family. Undaunted by societal norms and biases, Truth went to court in Ulster County, New York, in 1828 to sue for her son’s freedom. She won her case, becoming the first Black woman to win a lawsuit against a white man to secure a family member’s freedom. While the records of this historic case were preserved for some time, they were lost for much of the ensuing 200 years — only to be recovered in 2022.

This program will feature the following speakers and discussants:

A pop-up exhibit featuring the 1828 court records and other compelling items from Sojourner Truth’s life and times will also be on view.

This event will be live streamed on the Schomburg Center’s Youtube channel as well. 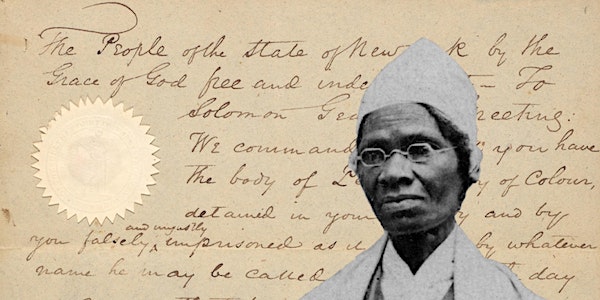