Music at the Museum: Celebrate Chanukah at Eldridge!

Bring your families to our beautiful Main Sanctuary for an afternoon of infectious Klezmer energy for all ages! Whether you’ve heard it before or not, Klezmer music is the heart and soul of Eastern European Jewry, and brings joy and celebration to any room. Spend your afternoon at Eldridge, and then perhaps head out into Chinatown for a traditional Jewish Christmas dinner!

Bring in the last night of Chanukah with us as we sing and dance along to lively Jewish tunes and Chanukah songs with Litvakus Collective led by Zisl Slepovitch, in collaboration with Off-Broadway and National Yiddish Theatre Folksbiene actor and singer Maya Jacobson! The concert will conclude with Maya leading us in the lighting of one of our historic menorahs from our ongoing exhibition, LIGHTING THE WORLD: Menorahs Around the Globe.

Litvakus is an innovative klezmer collective, “one of the more unusual bands on the New York klezmer scene” (The Jewish Week), and “forefront of contemporary Jewish music” (Jewcy ). The band brings together roots music from its artistic leader Zisl Slepovitch’s home country Belarus and wider. They bring an authentically modern feel to traditional music of “Litvakland,” the cultural homeland of the Litvak Jews and their neighbors in North-Eastern Europe, to the meeting point of the “hip” and “HIP” – historically informed performance. Litvakus’ 2014 album Raysn was heralded as “an extremely welcome arrival on the Jewish music scene” (Songlines, 11/2016).

Maya Jacobson is an actor, singer, and writer based in Brooklyn. Most recently, she played Chava in the highly acclaimed production of Fiddler on the Roof directed by Barrie Kosky at The Lyric Opera of Chicago. Prior to that, she originated the role of Myra Nadell in A Walk on the Moon, a new musical directed by Tony-nominated Sheryl Kaller, starring Jackie Burns and Jonah Platt. TV credits include Mordeo (Crypt TV) and My Life As A Doormat (Pilot). Maya is also a member Yiddish trio, “The Mamales” (featured in Kveller and The Forward) that performs around New York City and the tri-state area. Currently, she is working on a one-woman show titled The Cantor’s Daughter. Maya was the 2013 National Finalist in the Great American Songbook Competition, and a proud graduate of The Boston Conservatory. @_mayajacobson 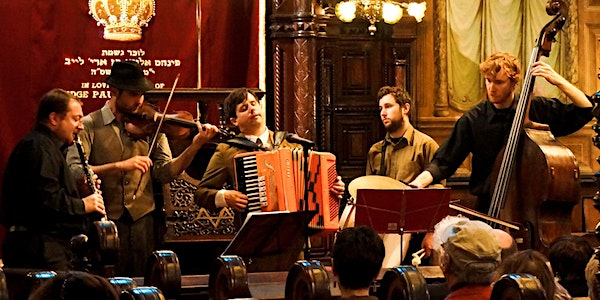